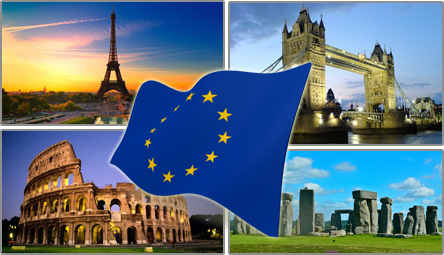 Europe Pools is the leading destination for all Lotto players who are looking for a touch of class and elegance in their gaming environment. If you could travel to Europe to play in a top lotto, the experience would look much like this.

Our pools provides you with over 400 casino games – some traditional with modern twists, and some completely new, innovative, and exotic.
With irresistible weekly bonus promotions and attractive loyalty and VIP programs, we’re sure you’ll be sticking around for a while to come.

Euro Lottery has multiple meanings depending on European localisation; however the most popular is when referencing EuroMillions and is a phrase still used today as an abbreviation of EuroMillions Lottery.

The term 'Euro Lottery' originated around 1994 when rumours started circulating about a lottery in which a number of European countries would participate. The original idea had been to launch this euro lottery at the same time as a single European currency but bureaucracy, politics and other miscellaneous factors meant that the plan was delayed several times before finally launching under the brand name 'EuroMillions' some ten years later.

EuroMillions was initially launched with just France, Spain and the UK participating. However, public interest was so high that shortly after the inaugural EuroMillions draw, six other countries applied to join and in October 2004, just eight months after the launch of the new euro lottery, the participation of Austria, Belgium, Ireland, Luxembourg, Portugal and Switzerland was confirmed.

In 2011 rumours started circulating about another euro lottery which would target countries not already participating in EuroMillions. Speculation was rife that this lottery would actually be called 'Euro Lottery' but, in 2012, the name 'EuroJackpot' was chosen to avoid any potential confusion with the EuroMillions game.

The two multi-national euro lottery games have a similar game structure but although EuroJackpot operates in 16 countries compared to EuroMillions operating in just nine, EuroMillions remains the more popular of the two euro lotteries.